Though it has now been several weeks since I have been in New York, I have a few stories and adventures that need to be shared, so I will intersperse New York adventures in with my new life in Washington state, just to spice things up a bit.  Don’t get confused, I’m in Washington ALL THE TIME now.  I know this may be contrary to what you know of me, since I’m frequently bopping about hither and thither, but bear with me as I am in ONE state for the next three months and just need to keep up the appearance of jetsetting Spangles.

Right.  So the Bronx Zoo.  I hadn’t been to a zoo in ages.  We’re talking maybe a decade.  I love animals, but when I am choosing between, say, Manet and manatees, I tend to go with the former.  Much as I do love manatees.  And really, zoos tend to be pretty pricey.  We’re talking $20 or more just to see some animals in captivity.  But as it goes, I had been meaning to check the Bronx Zoo off my list (Bucket list?  Life list?  New York list?) for some time, and what better time than my last week in the city?  I corralled my ever-ready-for-adventure friend Emellia into joining me for a day at the Bronx zoo and we were off to see some animals.

That day I learned that Emellia is an avid zoo-goer and makes a point to go to zoos in most cities she visits.  Apparently she chooses manatees over Manets.  She had in fact been to the Bronx zoo at least once (maybe twice?) prior to our outing.  Needless to say, I was impressed.

From what I can recall of zoo visits from childhood, they were nothing like this zoo, in that the Bronx Zoo is more of a vast segmented park in whose segments happen to reside animals from different climes, continents, and classes (I needed a third C, gimme a break), whereas most zoo experiences I can recall consist of closely packed cages and minimal walking.  The Bronx Zoo is almost too big to walk.  I say ‘almost’ because Emellia and I walked it just, but a) we are New Yorkers, and b) it would be unrealistic to traverse the entire park afoot with small children.  It even has an extensive trolley system, it’s just that big.

As for animals, the Bronx Zoo had all the standards- polar bears, giraffes, monkeys, birds, flamingos, lions, funky deer-like species, etc.  However, I was sad to discover they did not have koalas, pandas, or hippos (at least not that I could find on the gynormous map that unfolded to the size of a yoga mat).  I was also sad to find out that in order to see some of the “special” exhibits (aka- the best animals) you either had to buy a more expensive pass (something like $30 as compared to $20) or pay per special exhibit an extra $2-4.  Why do Americans have this incessant need to have “tiers” in their park-going experiences?  At amusement parks you can pay extra money to cut the line, at zoos you can only see certain animals if you pay more.  It’s retarded.  And there I go digressing again.  But in general I was pleased with the animals I got to see on my basic pass.  And while I had the typical moral/ethical pang of conscience seeing wild animals in captivity (and sometimes quite tiny captivity at that), for the most part I felt like the animals were kept in relatively spacious settings.  And even if this occasionally meant I was not able to see a given animal because it was able to hide in some obscure far-off corner, I felt that was better than the alternative.

My favorite part of the day was the sea lion training session.  Not because they fed the sea lions and got them to do tricks, though that was cool, but because of the baby sea lion.  This baby was not involved in the training session, but I pretty much just watched the little fella the entire time, because he was just so awkward and cute and wonderful.  The kind of cute you want to bottle up and carry with you in your pocket.

Might I suggest that if you do not like children that you never set foot into a zoo on a Saturday.  Even if you’re on the fence, kind of neutral about kids, could take ‘em or leave ‘em- this will topple you head first into the land of disdain for all things child.  Perhaps a Tuesday night at 10pm, but not on a Saturday afternoon in August.  Because I’m pretty sure that is when every family within a 10 mile radius packs up their minivans and herds the kiddies over to see Nemo and Simba and Pumba while feasting on sugar injected foods until every inch of their faces, hands, and clothing is sticky and artificially colored or sprinkled.

And that, folks, is about all I can say about my zoo outing.  I will leave you with a few pictures highlighting my favorite sightings of the day. 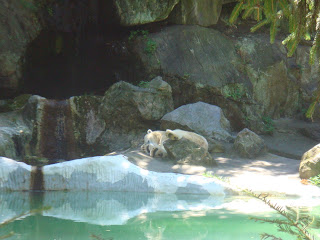 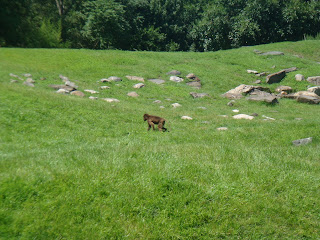 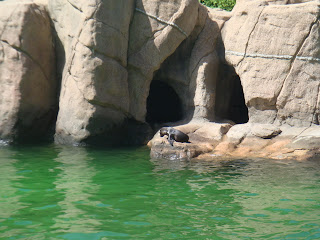 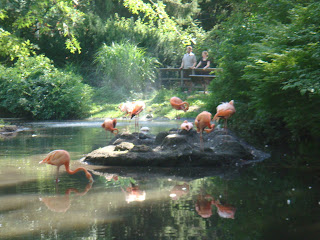 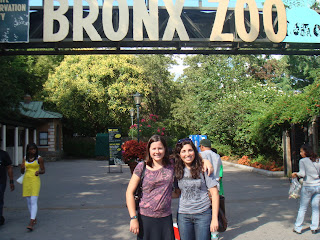