Well I've done it again. Braided my hair again, that is. And by "I", I mean my Nigerian friend. It's kind of become a tradition- each February for 3 years now I've had my hair made in full braids. Even though I've done it two other times and liked it,  for some reason this time it looked the best it ever has. I think partly because she made a bit smaller braids than before, and maybe because I used a slightly red-brown extension color that worked on me. I don't know, but man, I loved it, and many a Nigerian told me that it suited me. It's a long process- this time it took NINE hours. Yes, nine hours of sitting still and having someone make your hair. I'm thankful for my friend, because I know it's NOT easy to braid white people's hair. Here is my friend Mary who did the beautiful work: 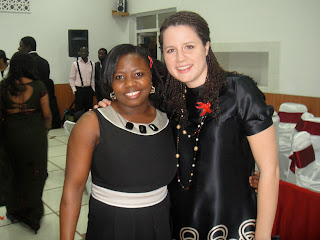 Here is one with my friend Beulah who was visiting Iasi from America. We happened to see an I <3 NY sticker on a car, and since we both love NY (she lives there), we obvi needed to take a silly picture. As if a Chinese person and a white-person-with-black-person hair don't already get enough stares here. 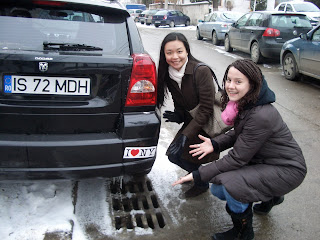 And another one after church with my friend Pam and her husband Deji, whose wedding reception I wrote about recently. 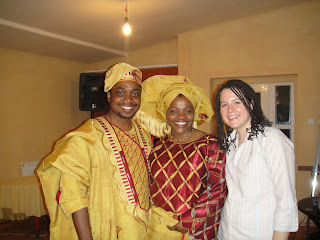 But sadly, I had to take the braids out. Much as I enjoyed them and would have kept them much longer, after two weeks they didn't look as great. My hair was poking out in various places, and they were much looser from my skull. So it goes when you're white. But as it turns out, when you undo 130 braids, my oh my does that produce an afro! About which more than one person commented with "Hello lioness." Hello indeed. 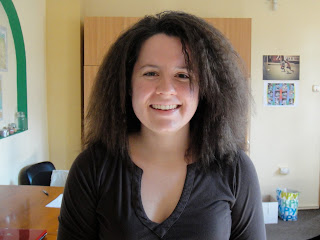 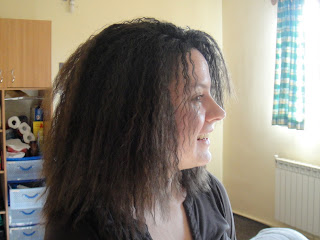 And of course washing my hair the next day meant goodbye Afro and hello normal boring white person hair.

At least for a little while.
Posted by Unknown

Love your hair, keep smiling =D. From a fellow yellow, to another