I have one brother who is 17 months younger than me. And he's a great brother, but he's 100% guy, and 100% little brother. I also grew up with 2 guy neighbors my age, and 2 guy cousins my age. So, I'm kind of used to needing to be not-so-girly to be able to survive with them. And I really don't know what it's like to have a sister and do all the girly things that sisters do together. Alas.

Thus, I was pretty excited that my brother found a great gal to marry, not just for his sake, but for mine as well. Their dating/engagement was during my time in Romania, so I've not had much of a chance to get to know Kara in person. But I certainly liked what I knew of her from email and Skype and was excited to get to know her better. Now that I'm stateside and the wedding is fast approaching (October 22!!), I have been in touch with her more, and I was able to spend an entire weekend with her while she was here for a shower that my family threw.

The shower was a lot of fun, with both of my grandmas, several each of aunts, cousins, and family friends in attendance. One of my aunts MADE UP HER OWN GAME. She's a first grade teacher, and does cutesy stuff like that all the time. It was Wedding Trivial Pursuit. Awesome. We also had the usual gift opening and food, plus I tried on my bridesmaid dress for everyone, and it was a fun little afternoon. 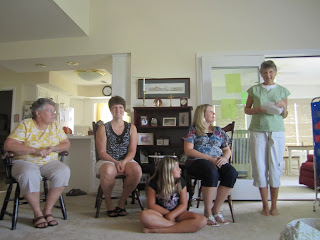 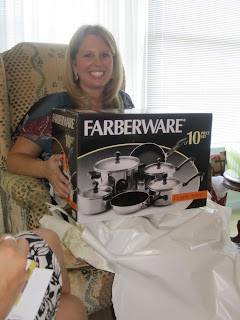 Kara and my brother stayed for the weekend, and she and I spent most of Sunday together out shopping and running various errands. We had a lovely time and chatted away the whole time. She also happens to have a great eye for clothing that looks great on ME, which was fun. Here are some pics from the weekend: 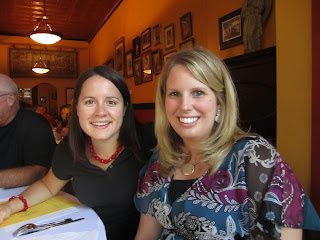 Kara and I, out to dinner with the fam 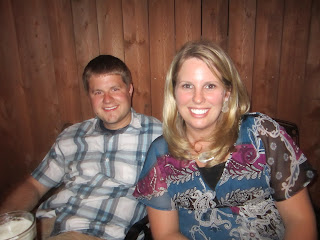 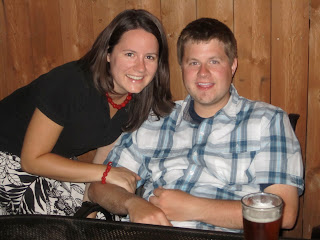 With the kid brother 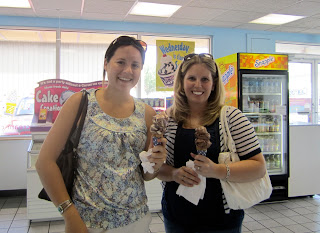